After I put my boys down for a nap I started searching through the cupboards for a nice salty snack. On the week days I try my best to eat healthy, so as you can imagine there weren't many options available. I found some almonds and cashews...blah!!

I've been trying to potty train my older son and it is exhausting..nap time is really the only down time I have during the day to curl up on the couch and watch an episode of Ellen with a satisfying snack. Is that really too much to ask for? Before I gave up, I opened the fridge and saw the stalk of kale I got over the weekend, barely touched. That's when I got the idea for Kale chips! They're perfect to satisfy that salty, crispy snack craving we sometimes get without having to go for the bag of chips hiding in the cupboard. Kale chips are very simple and quick to make, you don't need very many ingredients and they're pretty quick in the oven too!

First, wash the kale, cut off the stems and use a salad spinner to get the kale completely dry. Make sure that they are very dry because otherwise you might end up with soggy kale chips...yuck! If you have some time, you can lay out your kale on a towel to dry naturally, this may take a few hours. 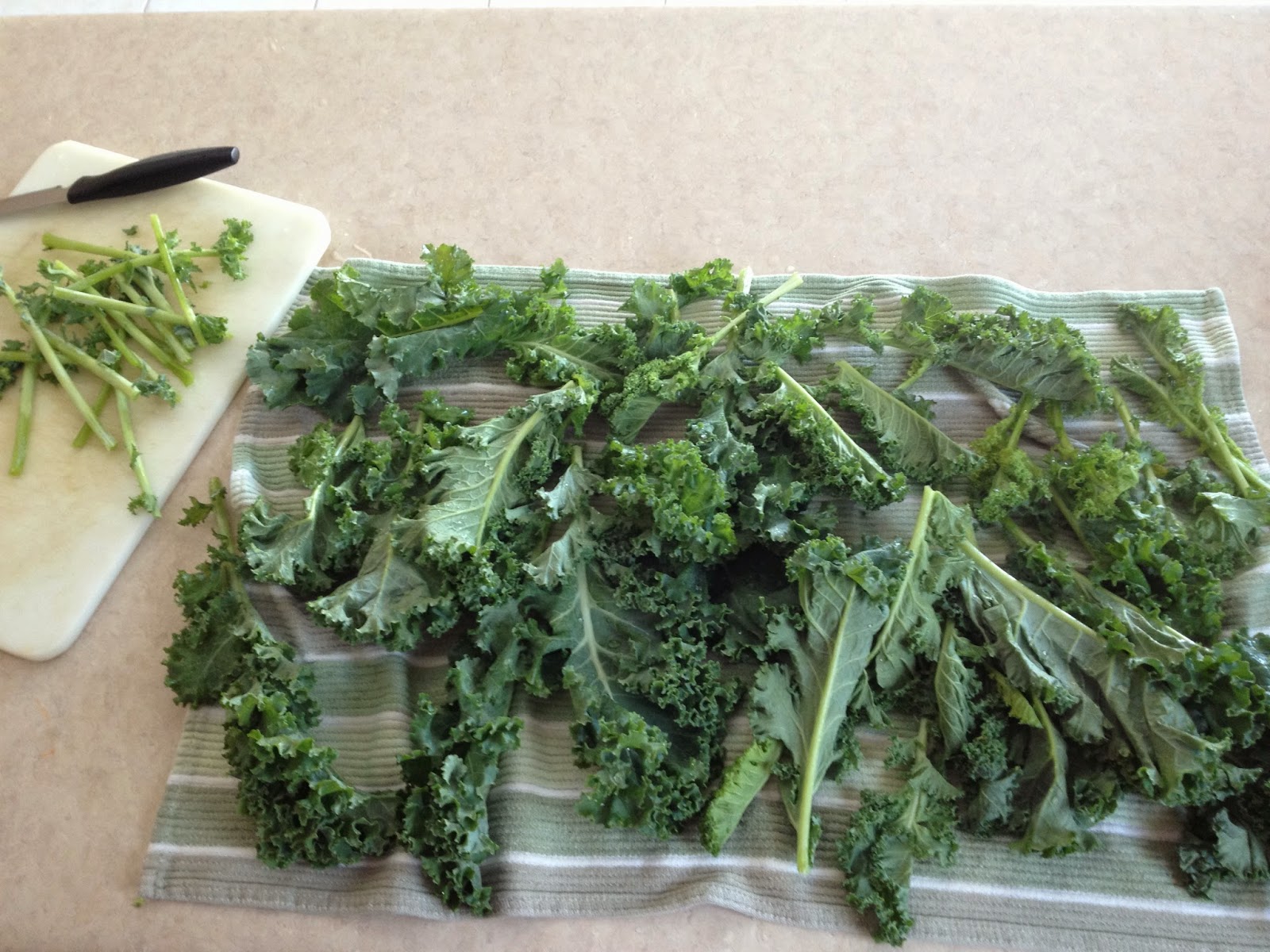 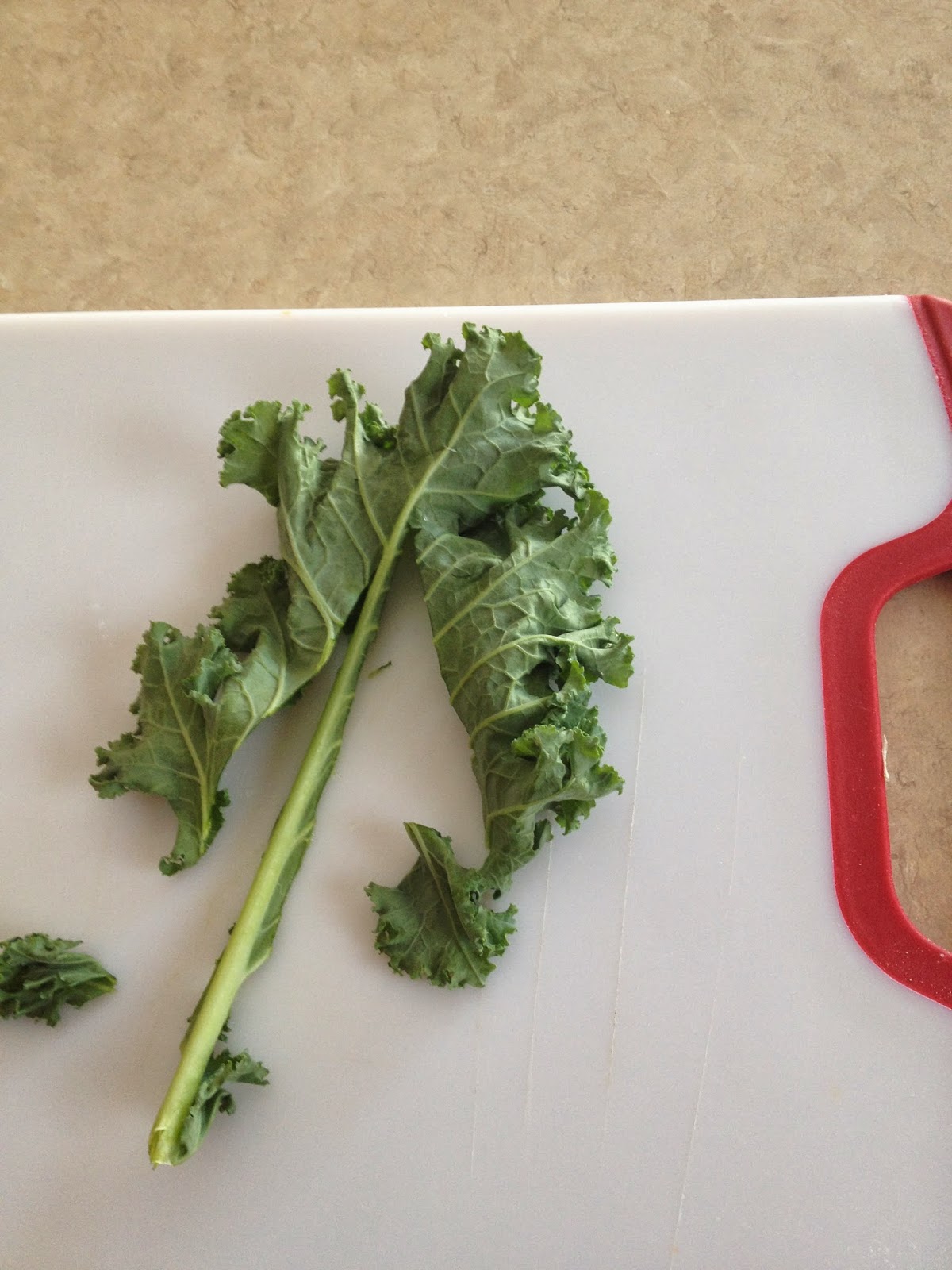 Once the stems are cut off the ends, cut them out of the kale as well, they are a little too tough for the texture we want for the kale chips. Throw the kale in a large bowl and add your seasoning. Put it out single layer on a pizza tray and drizzle with the olive oil. 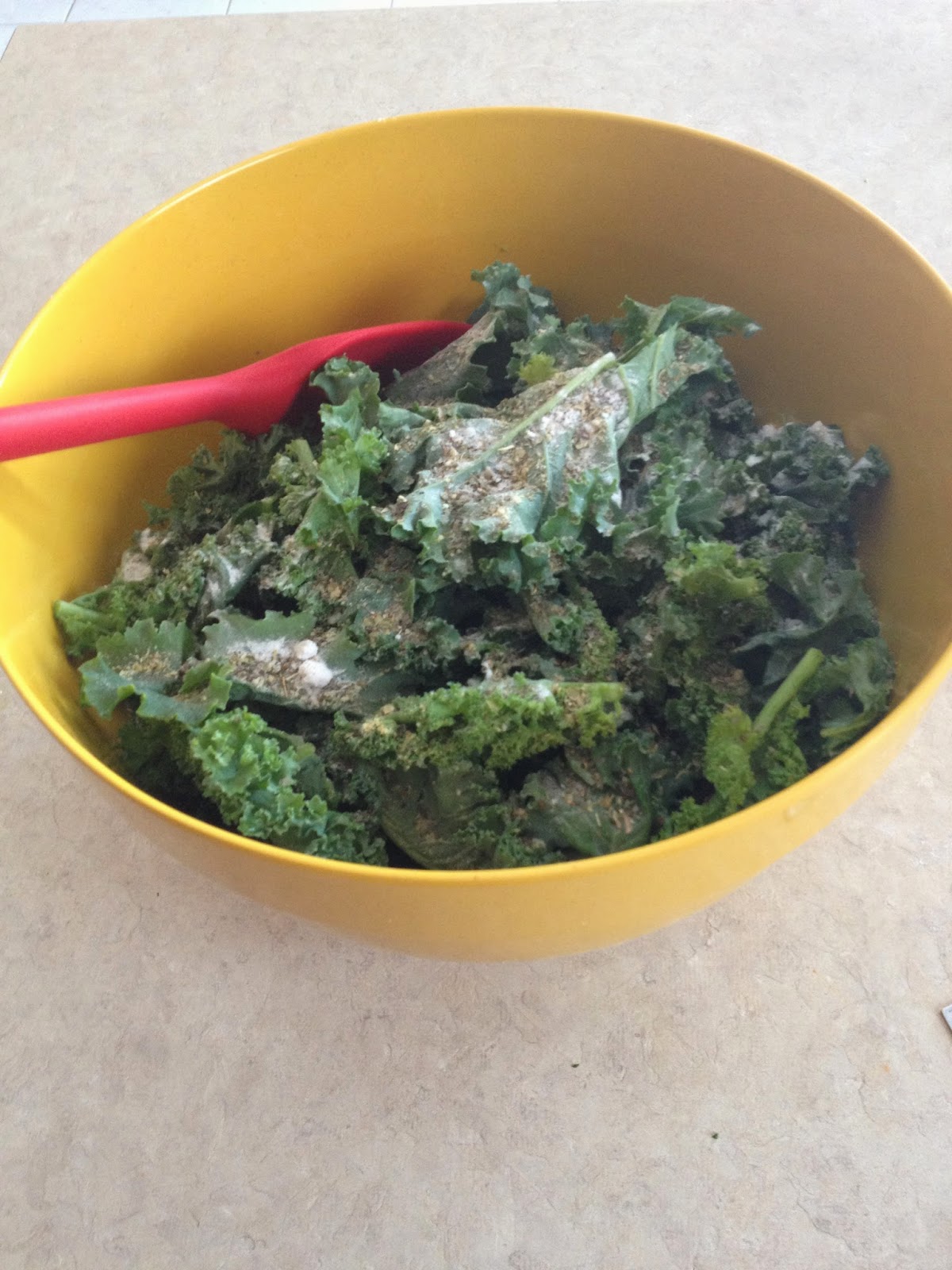 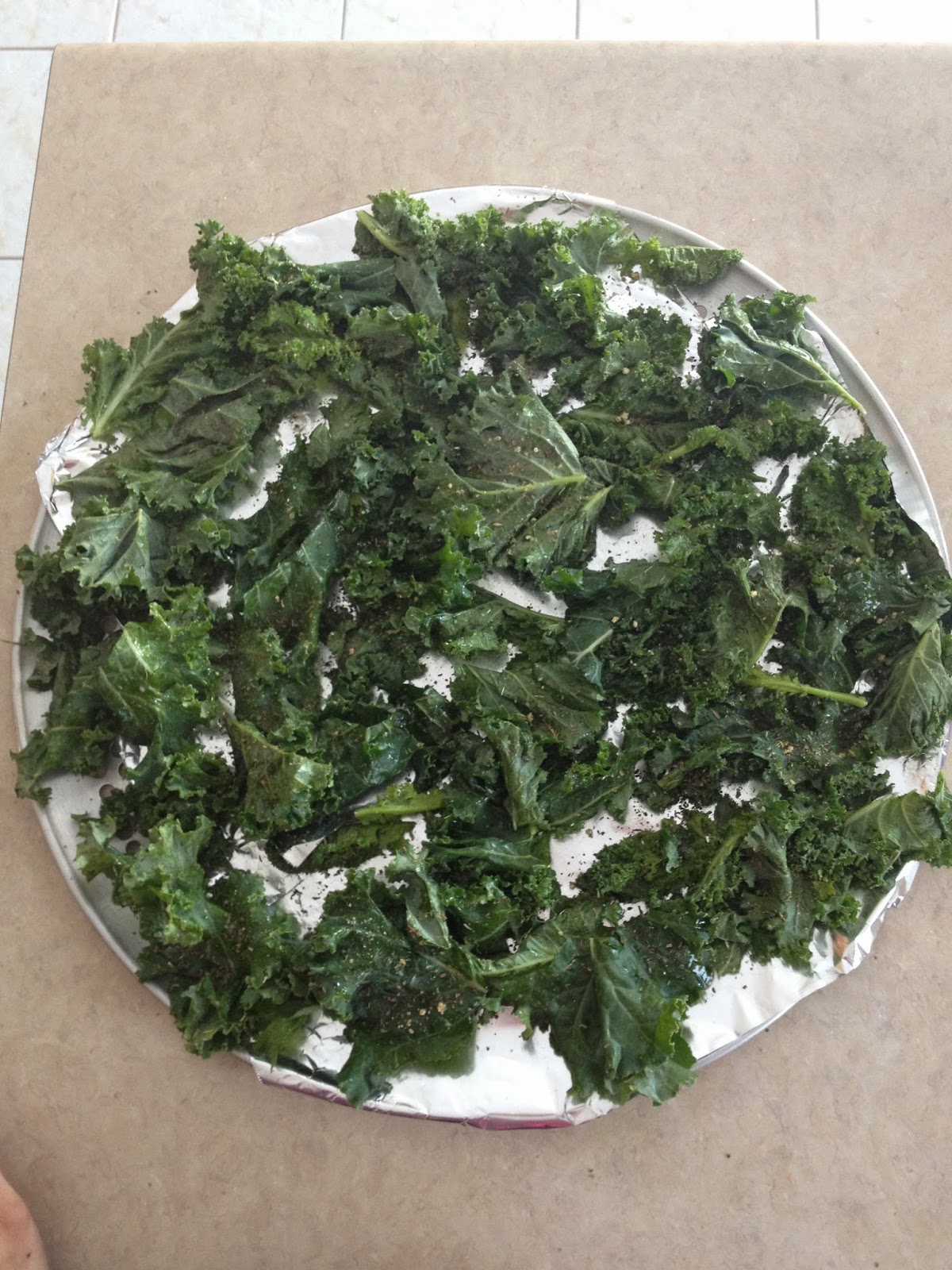 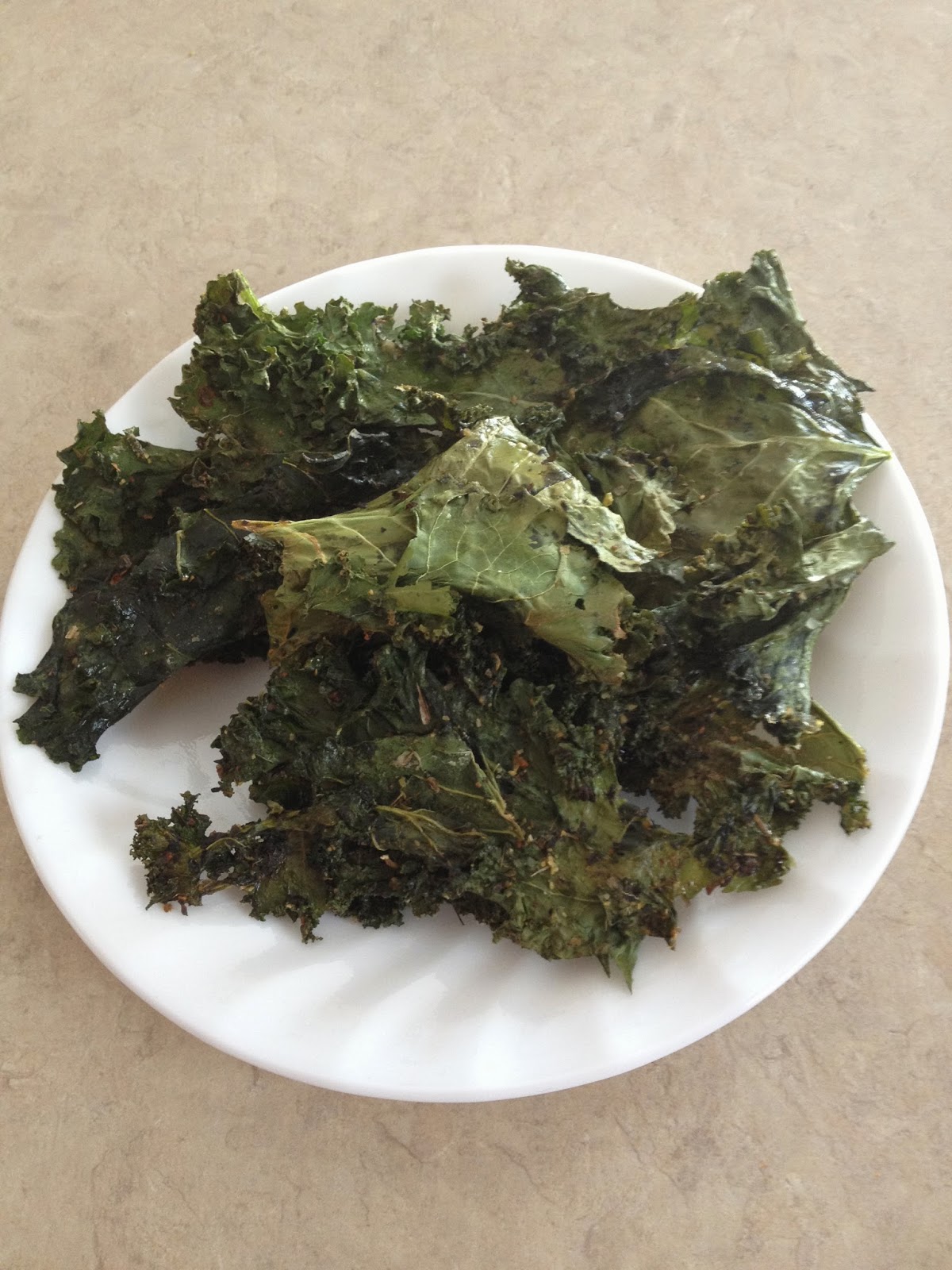 Four week's ago my sister and I decided to take the Wilton Method decorating courses that were being offered at a local Bulk Barn. We both love to bake, but when it comes to decorating neither of us have learned to even fill a piping bag! With my two boys and the busy schedule that came with them I also realized I need some me time and a hobby away from them. If you have children, I'm sure you can relate! From zero experience layering and icing a cake, four weeks later I now can create one that looks pretty decent..I'm actually kinda proud of myself:)

The classes were held at 9am Saturday morning, so after  long nights of no rest as I went back forth from my six month old to my two year old I'd down a cup of strong coffee and take off with all of my supplies to the class. It was a great experience, and now I've signed up for the second level which starts this Saturday..I'm excited!

Anyway, during the second class we had to bake a round cake to class where we cut filled, frosted and decorated it with these neat little templates we were given. It was actually a lot easier than it looked in the book. I decided to make a banana cake with cream cheese icing. You may have guessed by now that I absolutely love anything baked with banana, and you will definitely see more banana-y baked goods later on..that's a promise!

The recipe I chose comes from wiveswithknives.net, and was originally taken from taken from the 1968 edition of the McCall's Cookbook. I replaced the two eggs with two tablespoons of plain greek yogurt. Of course I added some cinnamon, cloves and all spice to make it taste a little stronger and soothing..I guess you can say it's my signature:)

I used the cream cheese icing to fill the layer and make the top of the cupcake, but it was a little too runny to frost the whole cake and pipe the borders with. For that I had to run out during class and grab some store bought buttercream frosting.

The result was a delicious moist banana cake with a rich tangy cream cheese icing...scrumptious!

Directions
Preheat oven to 350 degrees and grease two eight inch round cake pans. (or just one and you can use a muffin tray for the remainder of the batter)
Mix all dry ingredients in one bowl, and all wet ingredients in another. Put them together and beat on medium speed for about two minutes until the mixture is incorporated. Pour the batter into your pans and bake for 30-35 minutes. If you are using muffin trays, bake those for 20-25 minutes. Let the cake cool in the pan for about ten minutes and then transfer it onto a wire rack to cool completely. Beat all ingredients for the frosting until combined. 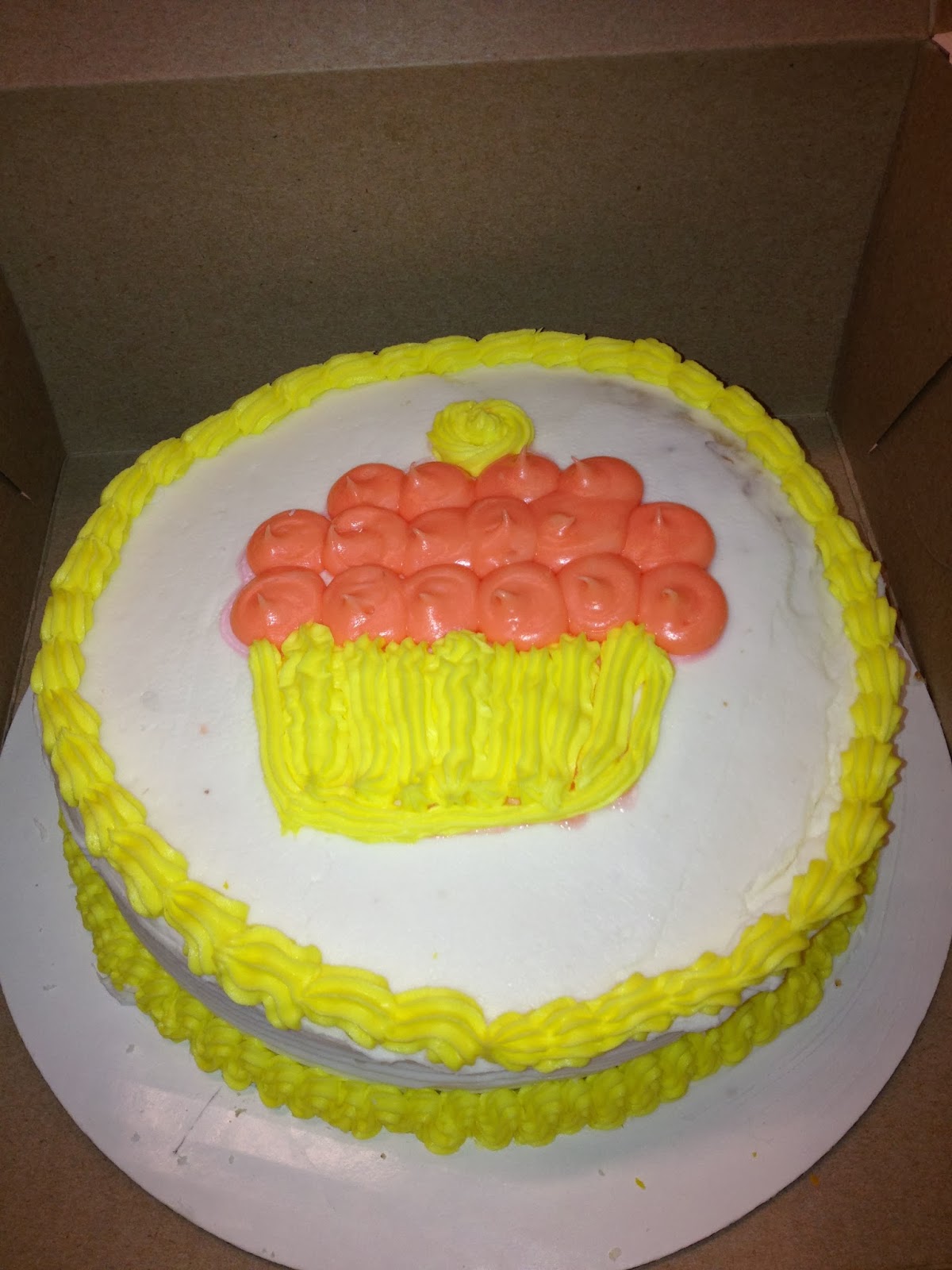 Frost and enjoy your cake!

Lately I've been craving sweet baked goods....a lot! I'm either on Pinterest for hours drooling over all of the delicious sweets I come across, or I'm searching my pantry for ingredients to make cookies or cakes.
Today I decided to challenge myself and bake something that will taste delicious and be a little healthy to balance all of the sugar and butter I've been consuming! If it's not obvious by now, I am a big fan of cinnamon... I love the aroma in the house while it bakes, it's almost therapeutic.I wanted something with chocolate and no all purpose flour, the challenge was fun and successful..and my very own recipe for the first time! I'm very excited to share this one!! 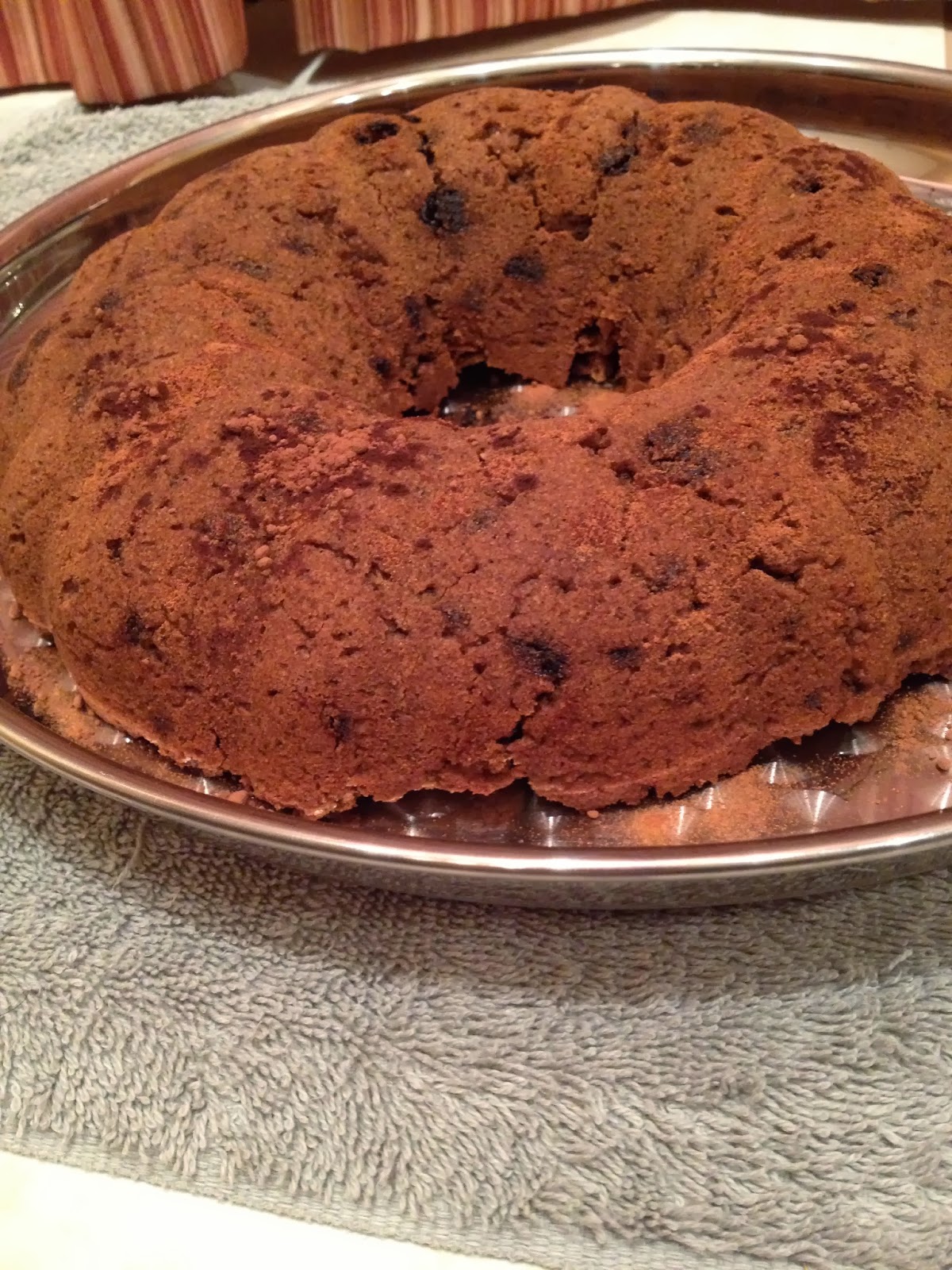 Like all other cake recipes, start off my mixing all of your dry ingredients in a bowl. In a separate bowl mix the coconut butter, brown sugar and warm water. When the mix is all incorporated add the dry ingredients with the wet and stir in the chocolate chips.

Grease a non stick bundt cake pan, and pour in the batter. Bake at 350 degrees for 30 minutes. Enjoy with a glass of almond milk, and you don't have to feel guilty about this one! :) 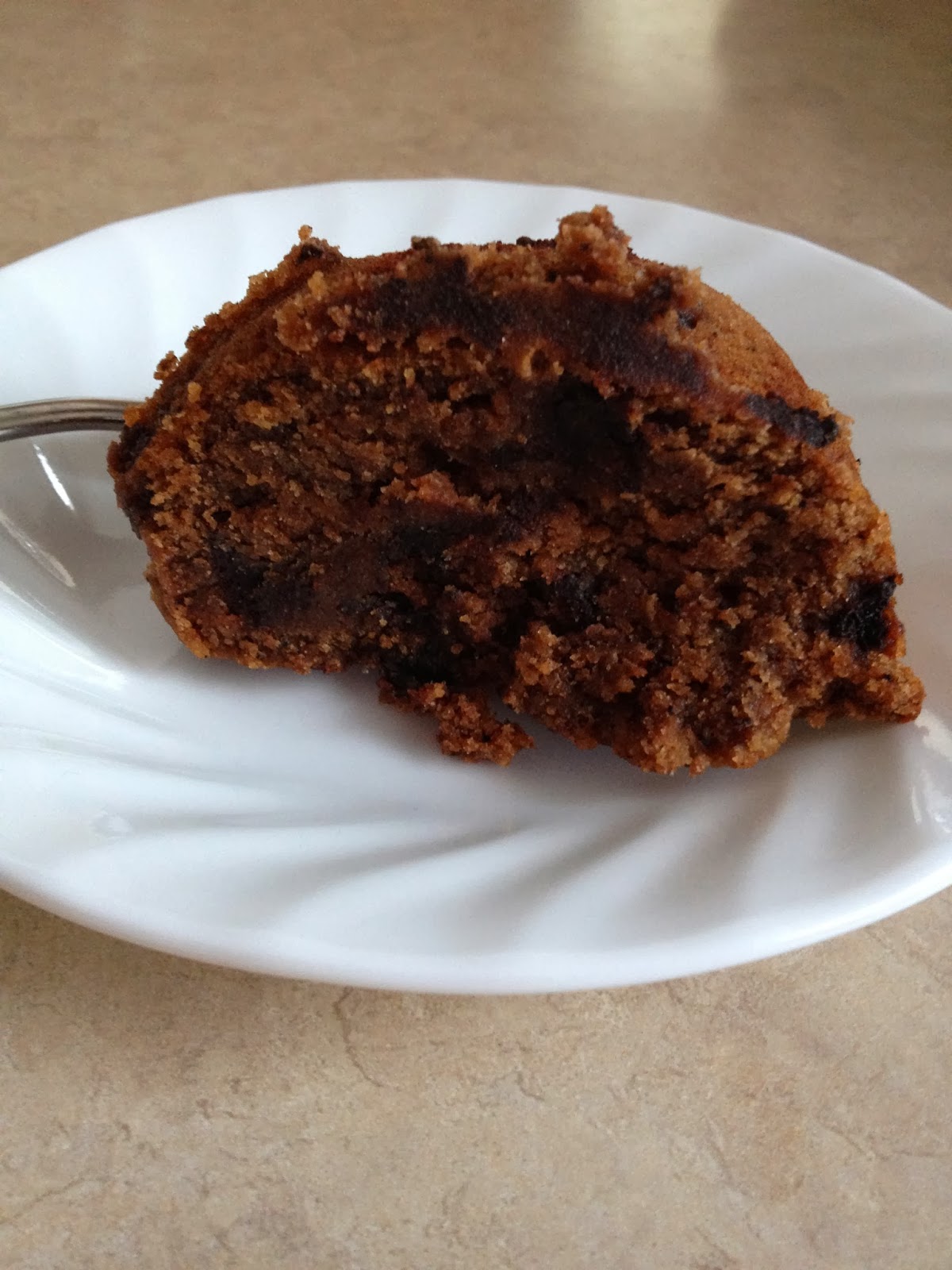 The million dollar question always seems to be: What's for dinner tonight? I think I ask myself that at least four times a week! I know there are a lot of people out there that do meal prep for the week on Sundays...I'd like to be one of those people, but Sunday usually comes and goes without it happening. This leaves me staring into the fridge at about 5 pm every afternoon trying to think about what I can make that's quick and can fit into my busy schedule.
Tonight I decided to make Paneer rajma masala with quinoa. Sounds like a lot of work, but it doesn't take more than thirty minutes and it is delicious! If you like spicy flavourful dishes with lots of garlic, this is a meal you definitely want to try out.

Cook quinoa according to package directions.

Place the onions in a medium sized non stick skillet on medium heat with one teaspoon of olive oil. Stir fry the onions for a couple of minutes until the colour starts to fade. Add your garlic and cumin seeds, if you find that the garlic is sticking to the pan add 1/3 cup of water to prevent sticking. 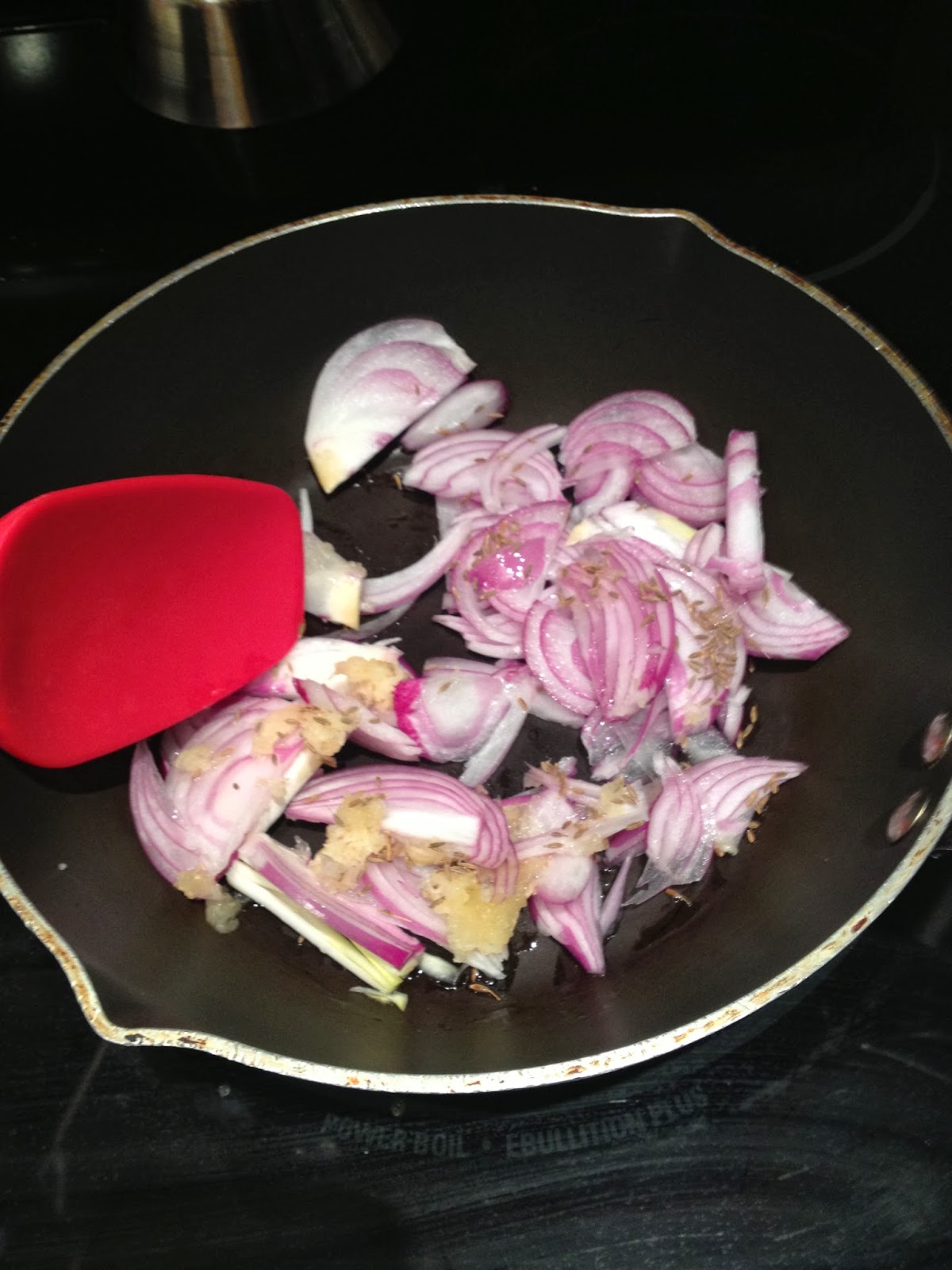 Once your garlic has slighlty browned, throw in your kidney beans, turmeric, garam masala, chilli peppers and salt. You can continue to add water as your mixture becomes dry. In a separate non stick frying pan add your one tablespoon of olive oil and cubed paneer. Stir fry until the paneer has lightly browned. Once the paneer is done, toss it into your kidney bean mix and stir the mixture until everything is well coated. 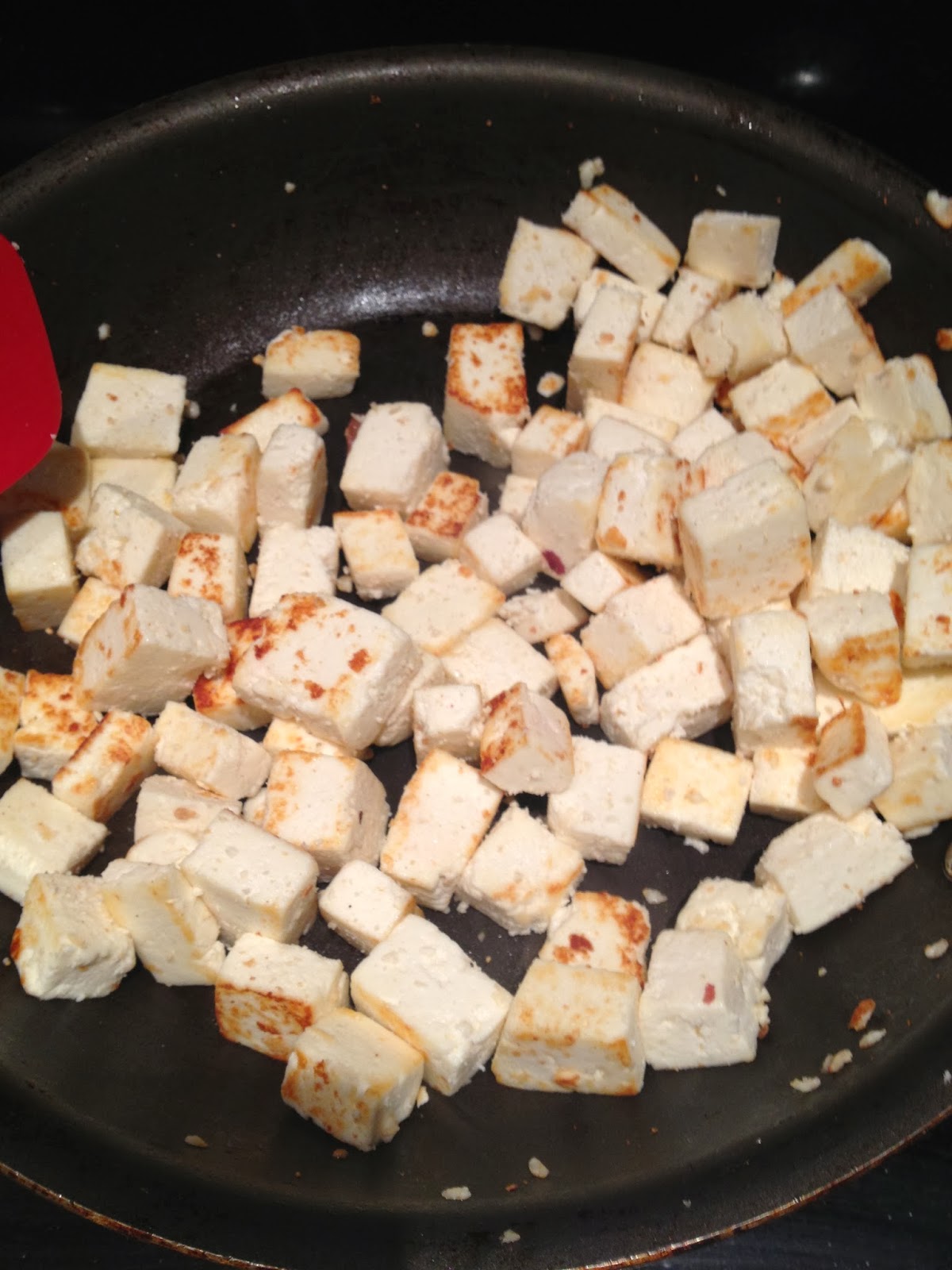 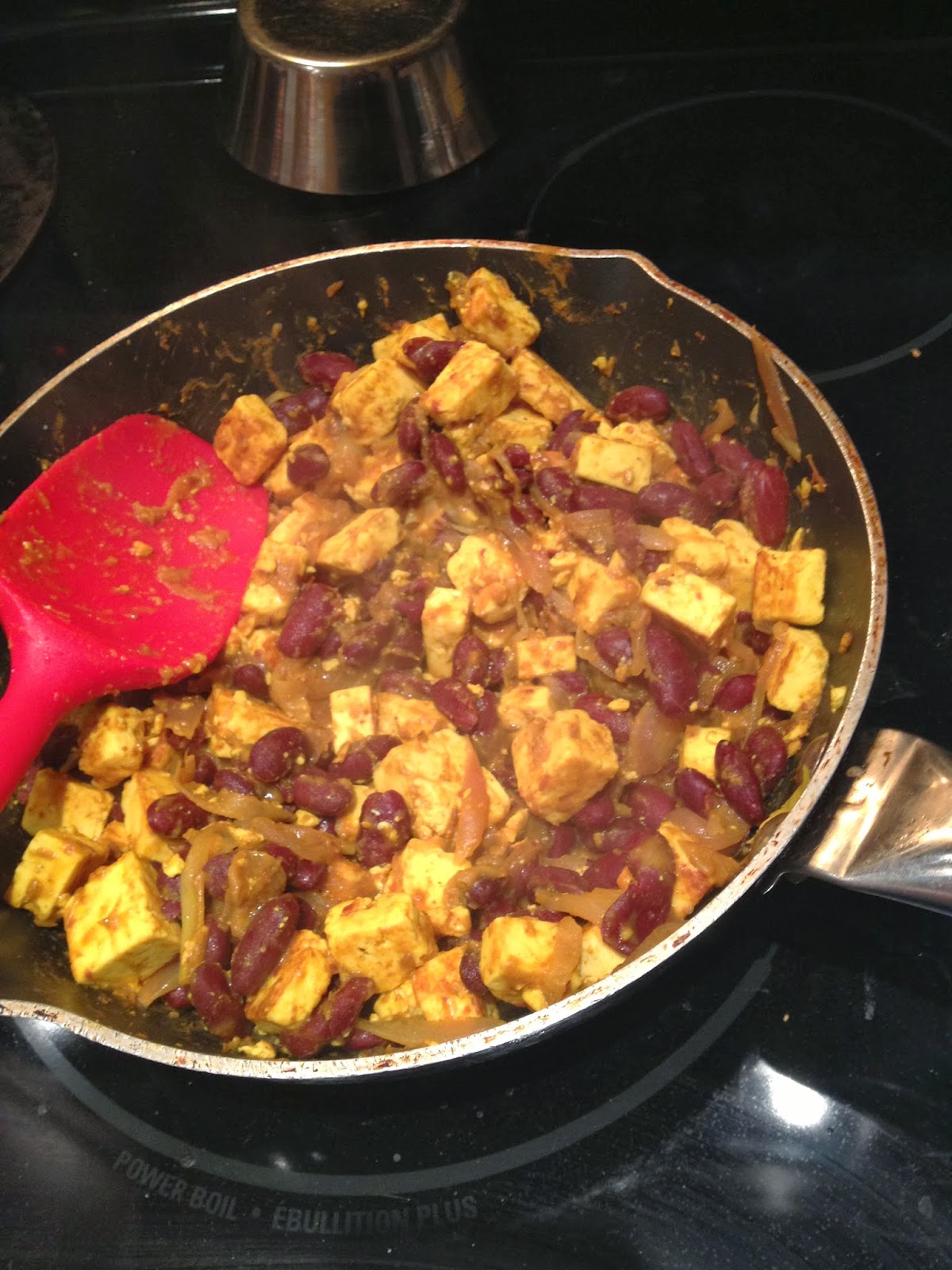 Serve the paneer rajma masala with the quinoa and plain yogurt. Enjoy! 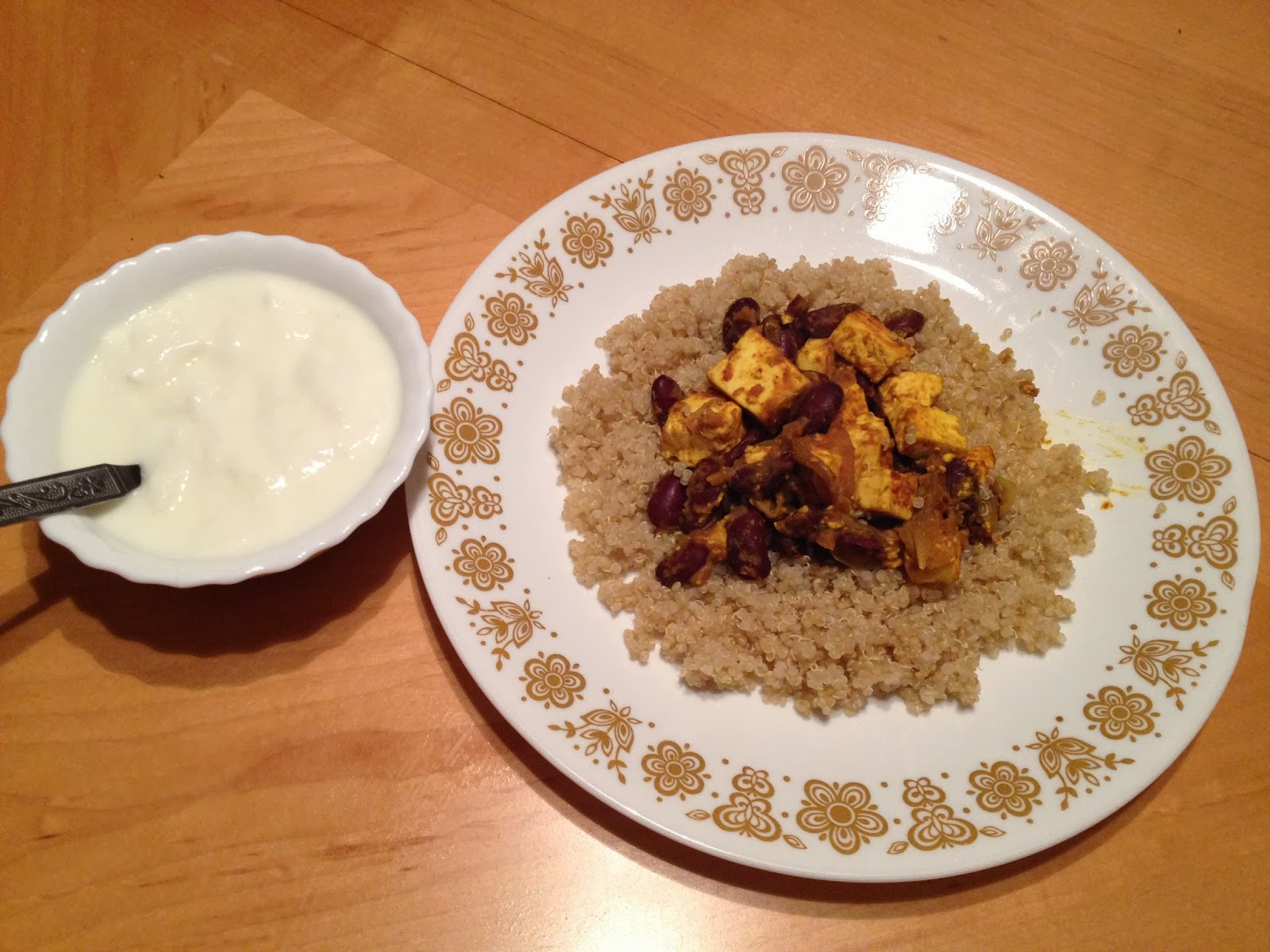 As I came in to the kitchen after work today I noticed the extra ripe bananas sitting in the fruit bowl. I realized I have the perfect excuse to make some banana bread! Banana bread is the perfect baked good that never gets boring.There are so many possibilities when it comes to this sweet treat! You can add nuts, chocolate chips, keep it plain or test out different spices.

Since it's such a cold day outside, I decided to add some warm chai spices to my banana bread. The sweet aroma that fills the air while it bakes is heaven. My son also noticed the aroma and decided to help me clean the cinnamon off the floor so he could have a piece! 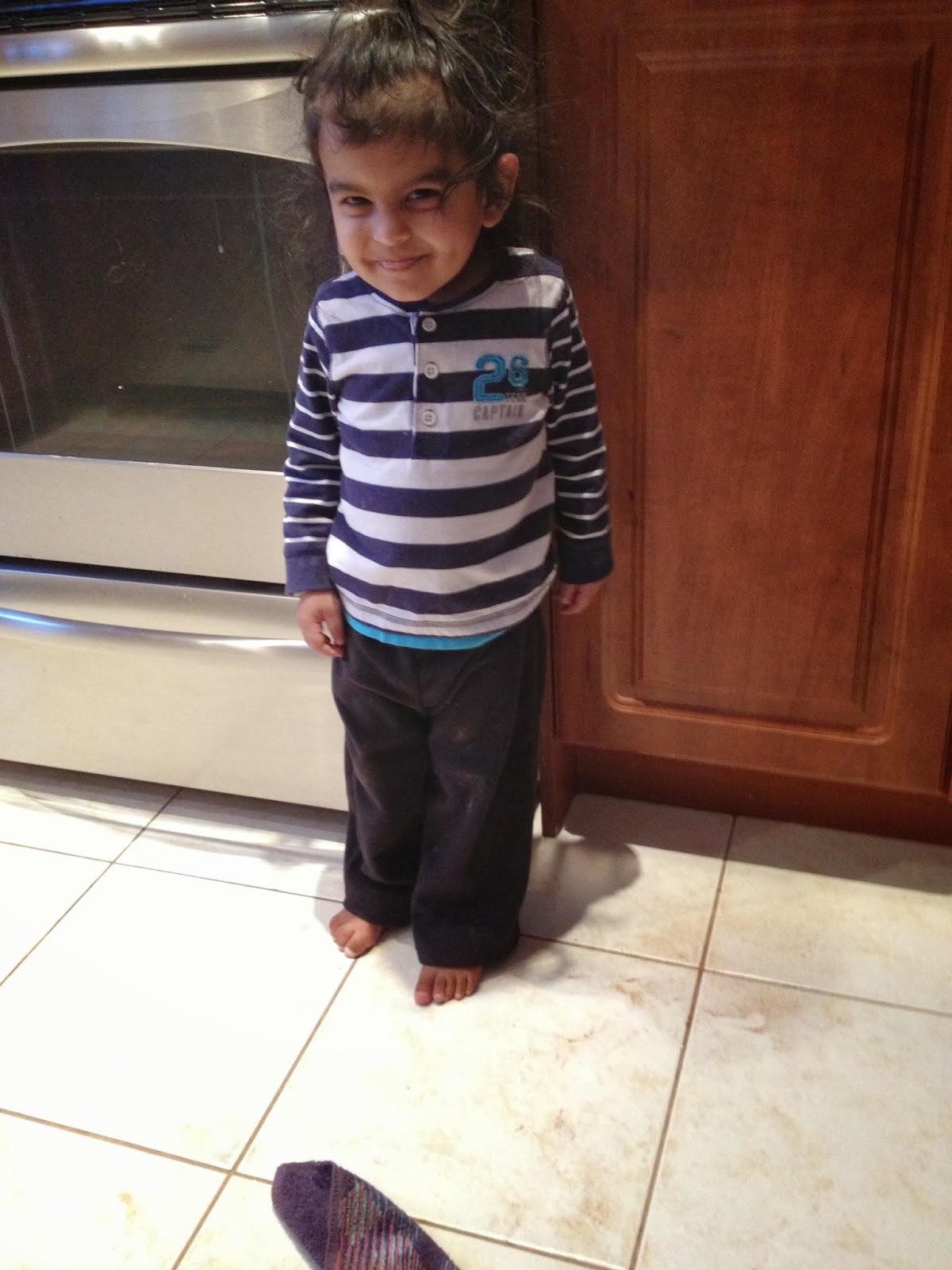 This recipe was originally found on hungrycouplenyc.com, but has been adapted to a chai spice, egg free version.

First, mash the bananas and throw them in a bowl with the yogurt, sugar, butter and milk. Then, in a separate bowl mix your flour, baking powder, baking soda, salt cinnamon, cloves, cardamom and all spice. Put the two mixtures together, mix well and pour the batter into a lightly greased loaf pan. 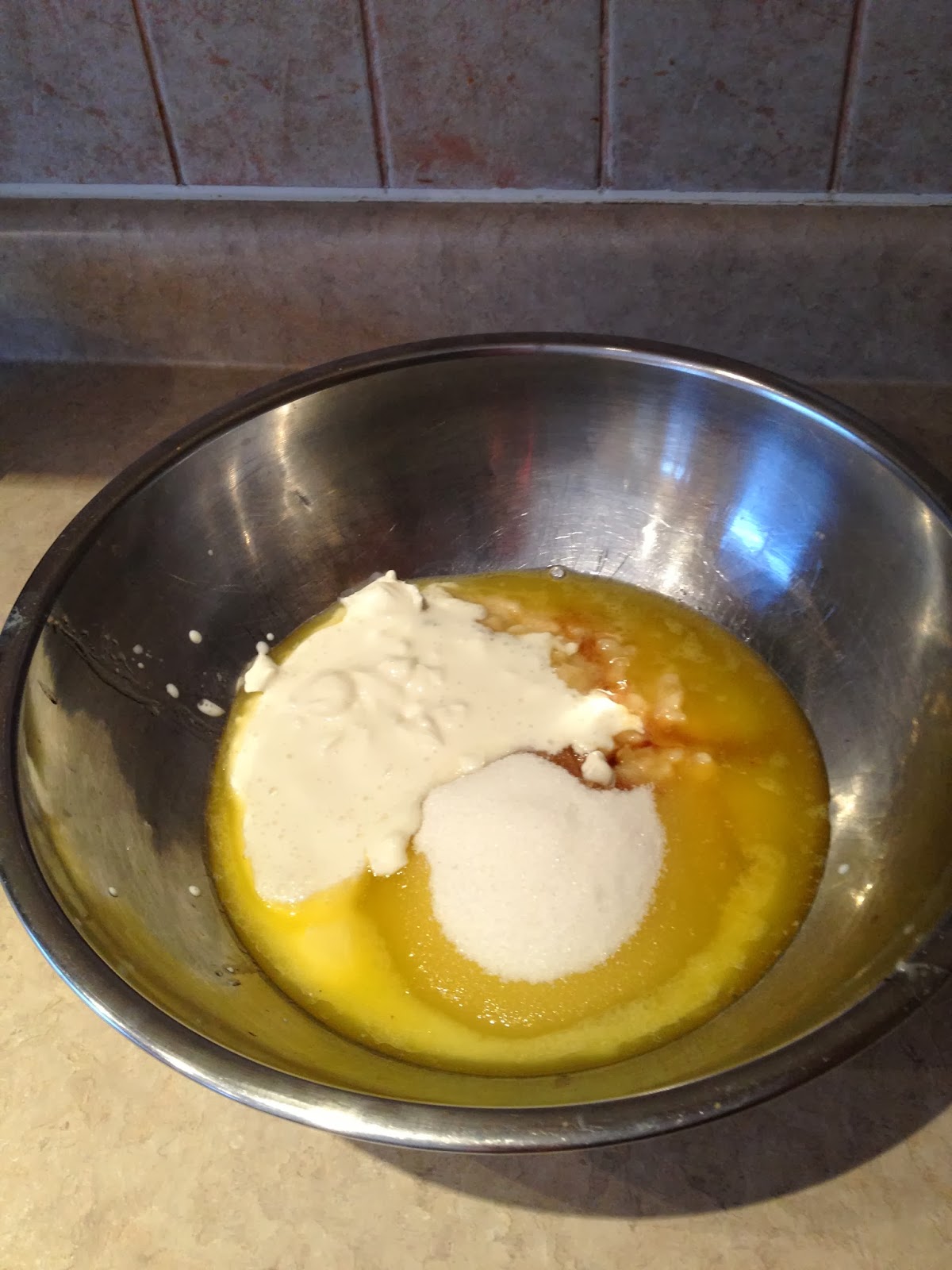 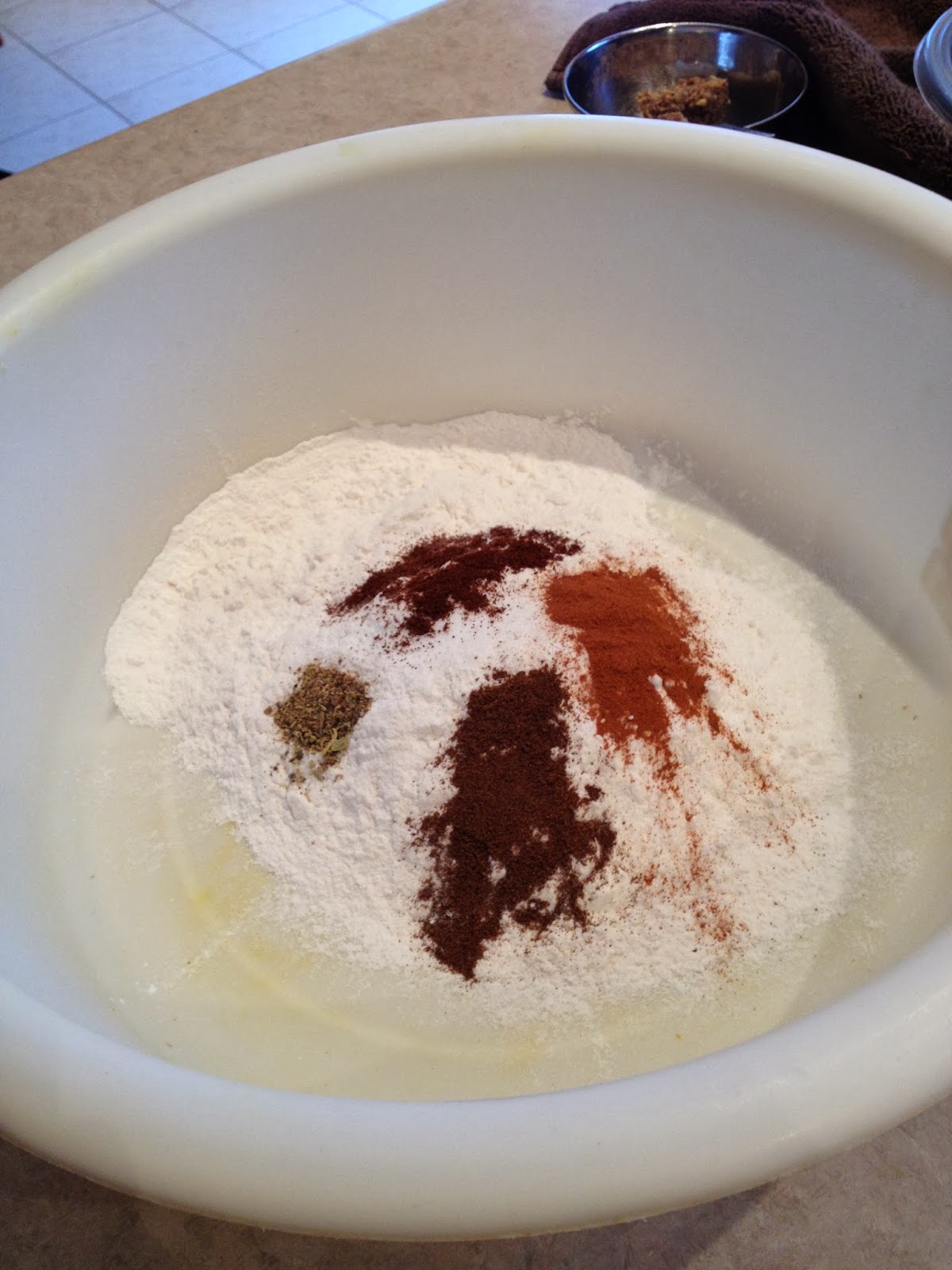 Then mix your butter, icing sugar, flour and cinnamon for the streusal topping. The texture should be crumbly. Pour it over the batter and then place it in the oven for 45-50 minutes.

This treat is something that my whole family enjoys, it doesn't take long for the pan to be emptied, enjoy! 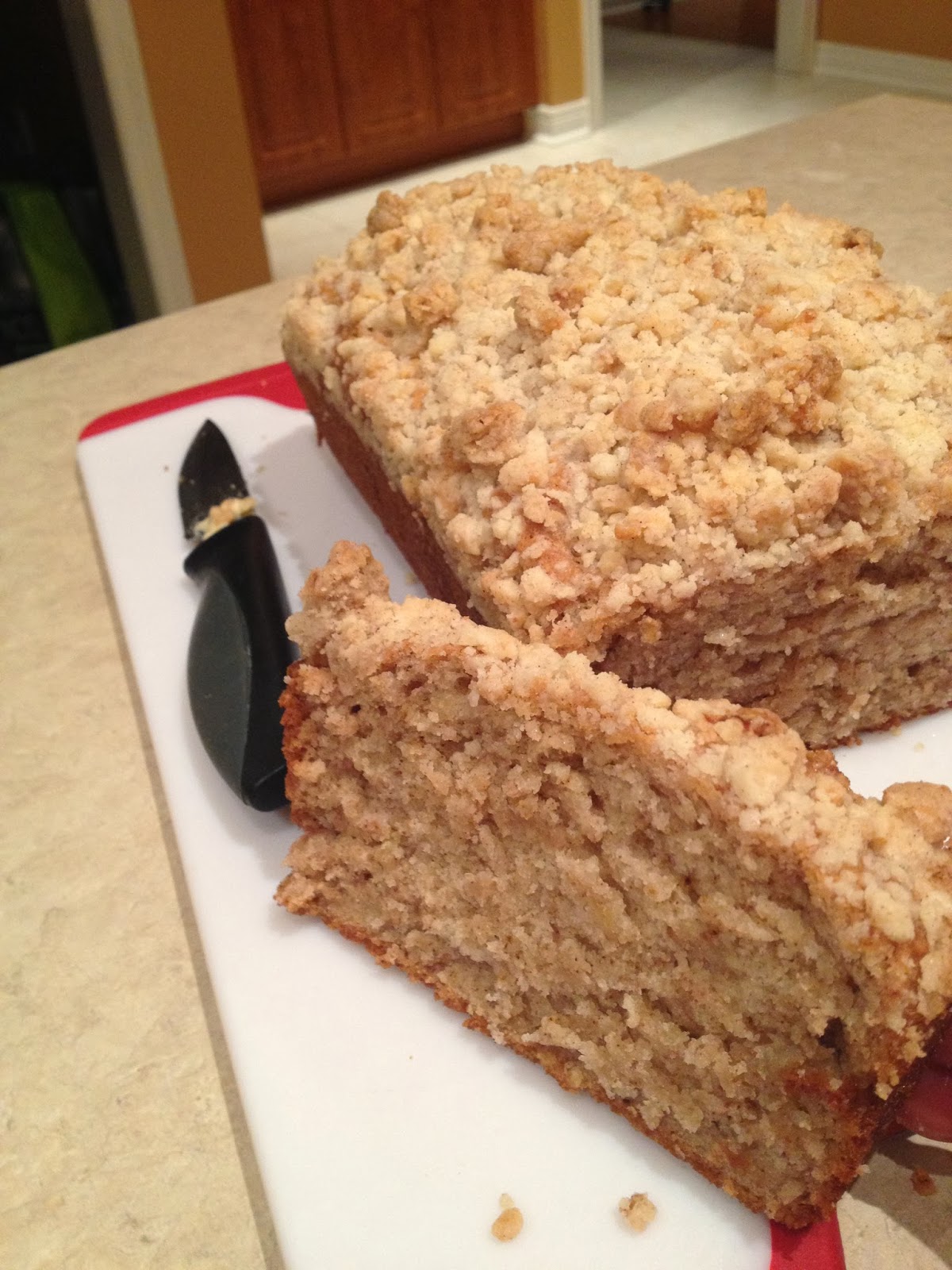 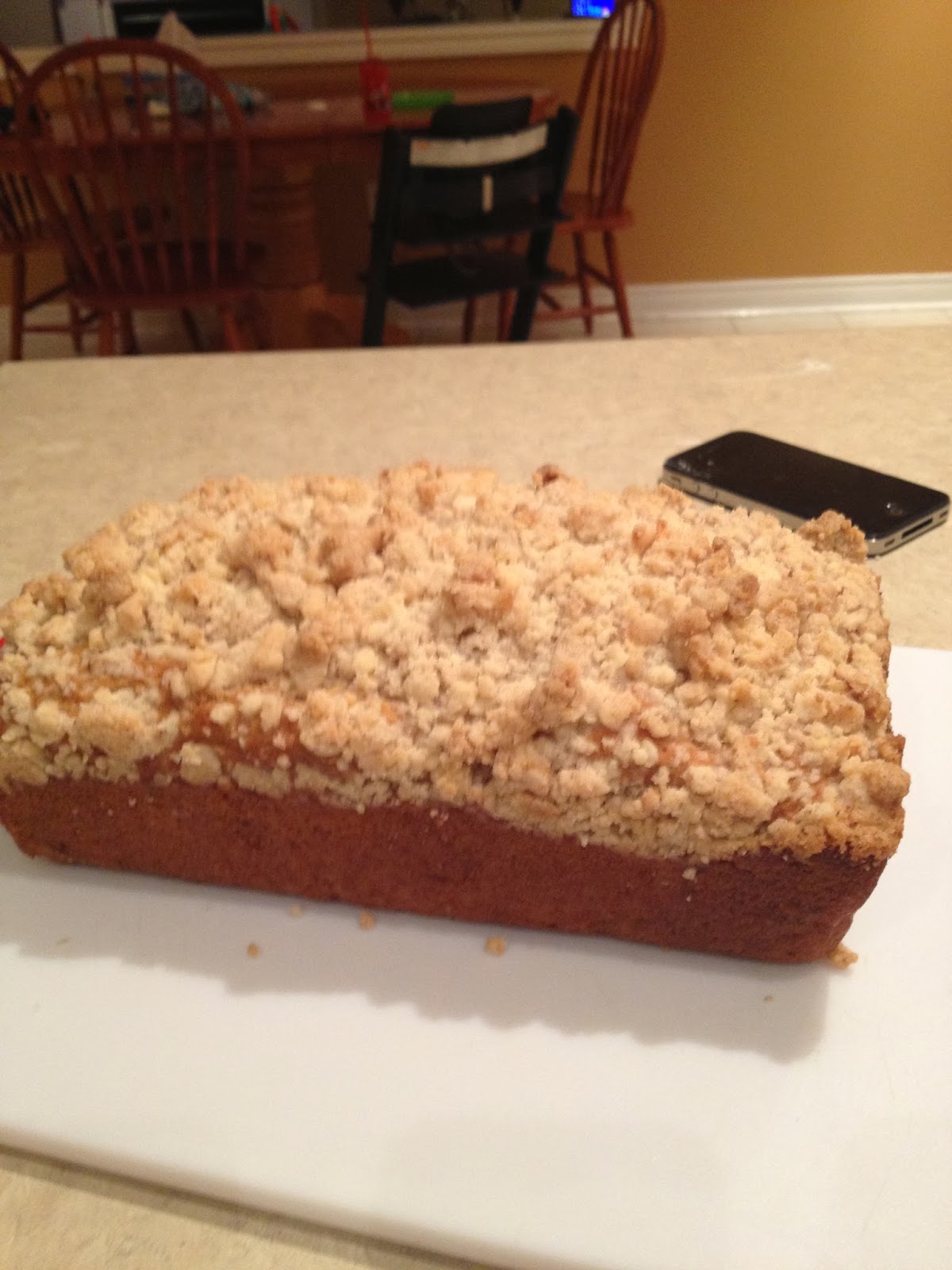